If you are looking to play retro arcade games on your PC, smartphone, or tablet, you've come to the right place. On this page of our site, we have all the information you need on playing retro video games such as Space Invaders, Asteroids, Pac-Man, and more. We tell you how you can play all the retro classics on modern devices. 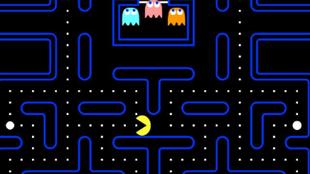 Space Invaders, Pac-Man, and Asteroids are all classic arcade games from the 1970's and 1980's and you can now play all these games on modern devices like iPhone, iPad, and PC today. Below we have information on the different ways that you can play retro arcade games in today's modern world.

Facebook: Remakes of a number of retro arcade games including Space Invaders, Pac-Man, and Galaga were released on Facebook's "Instant Games on Messenger". This allows fans to play against their friends on their PC, mobile, or tablet without installing any additional software.

Emulators: The old consoles from the 80's and 90's are long gone, but you can still play your favourite retro arcade games from this era using emulators. Titles include Tetris, Super Mario, Donkey Kong, Legend of Zelda, and more. There are a number of emulator sites online that you can choose from and with flash enabled, you can play all these titles and more in your browser. You can even save your progress so your game is always there should you need to take a break.

Online Casinos: A number of top online casinos have an arcade games category where you can play a range of real money arcade games. These games are so much fun and include titles like Cops and Bandits, Darts, Megaball, Heads or Tails, Final Score, and more. It is very little for players to do bar click a button. Most of the arcade games available at online casinos can be played for free using the fun play option too which means you can try them all out first before deciding to play for real money. 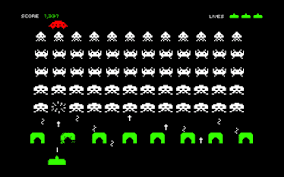 If you are a fan of this retro arcade game, you'll really enjoy this remake too. Space Invaders is perhaps one of the most addictive games ever created. You are a spaceship that has to destroy the invading enemy ships as they descend. You use the space bar to fire your gun at them. You do need to be careful though because the ships fire back and get faster and faster as you play.

If you fancy the chance of winning money playing Space Invaders the 5 reel, 10 payline slot is just the thing. This slot features symbols from the classic arcade game and the objective is to spin the reels and match symbols on the paylines. There are some great special features too that help to boost your wins. To play this game you just choose the number of lines you want to bet on and the amount you want to bet. There are an auto play function and a turbo button mode for faster play.

Features include the Invaders Turn Wild. After any spin, the canon can stop under reels 2 or 4 and shoot some of the invader symbols. This turns them into wilds to help get you more wins. There is also the UFO feature. If the canon aligns with the spaceship after a spin, the UFO feature is triggered and several random symbols will be turned wild and a free re-spin is given. This feature also comes with a 2x multiplier.

If the Space Invaders slot sounds like something you'd like to play be sure to check out our recommended online casinos that feature this game.

If you remember the retro arcade games where you had to put coins in the slot to play, then you'll love these classic arcade games that you can play on iPhone and iPad.

Street Fighter II Collection: Street Fighter set the mould for fighting games and paved the way for other well-known titles like Mortal Kombat. In this mobile retro arcade game collection, you can play the original Street Fighter II, the Champion Edition, and Hyper Fighting. It's great fun and something you won't want to miss.

Double Dragon Trilogy: Popular in arcades in the 80s, Double Dragon is another retro arcade games that you can now play on mobile and tablet. In Double Dragon, you got to team up with your best friend and fight against other people. Can you still throw a knockout punch today?

Marvel vs Capcom 2: This was a big hit in arcades and allowed players to choose from 28 Marvel superheroes or 28 Capcom characters. The fighting game features 3-on-3 matchups and half the characters were unlocked at the start of the game and you had to work to unlock the rest of them. This is a great classic arcade game to play on the iPad.

Pac-Man: No list of retro arcade games would be complete without this little guy. The game features a big yellow circle eating dots in a maze while dodging ghosts and collecting power-ups that allowed him to eat the ghosts too. If you remember it well then, you'll be delighted to know you can now play it on your iPad.

Ultimate Mortal Kombat 3: This classic arcade games doesn't need an introduction and you can now play it on the iPad.

There are lots of great retro arcade games that you can play online and on mobile devices for free and for real money, so no matter what your favourite game was, you can now relive your youth and play it again thanks to the internet. Keep in mind, though, arcade games aren't the only experience you can get with online gaming. If you are ready to try your hand at blackjack, then you won't be disappointed when you visit the above link. Take some time to check things out and see if this game is right for you. 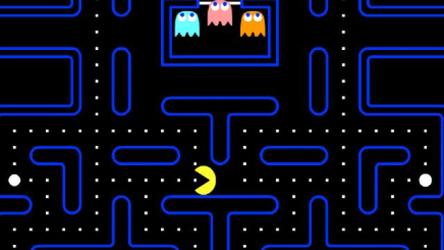